Queen of the 66th Annual Luling Watermelon Thump is Valerie Bermudez with Amanda Avalos as Princess and Sydney Jack as Duchess. 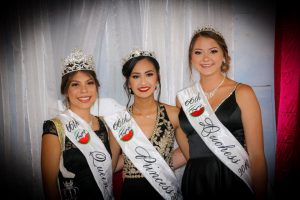 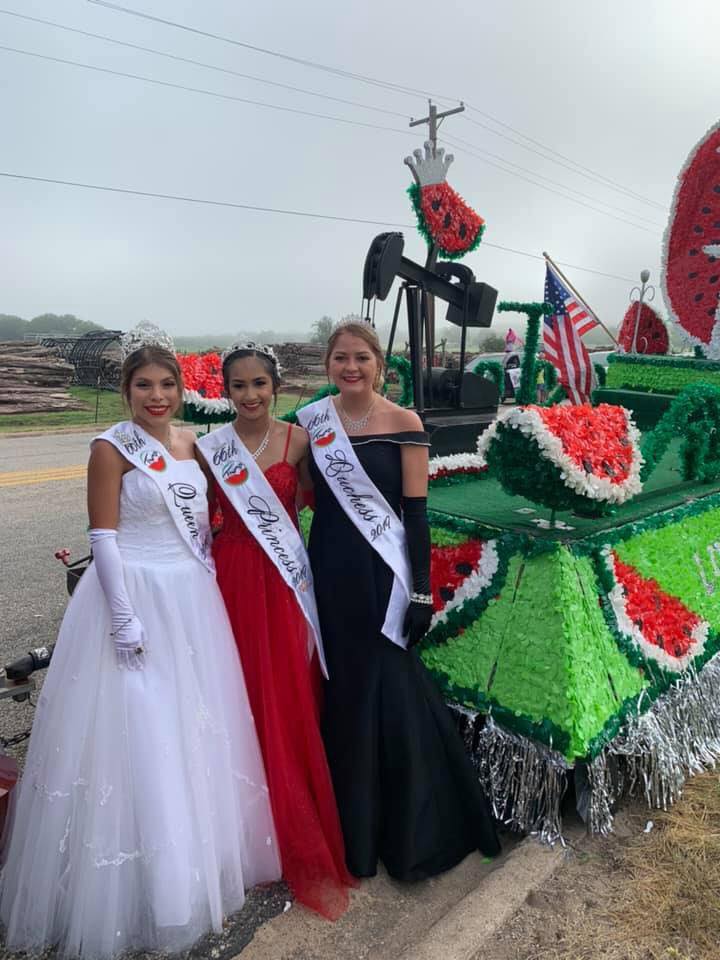 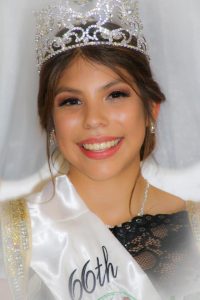 Queen: Valerie Bermudez is the daughter of Gilbert and Marylou Bermudez. She is sponsored by the Knights of Columbus.

Valerie is a member of the youth group at St. John’s Catholic Church.

She participates in band, cheerleading, basketball, and track.

Her plans after high school include attending Texas Lutheran University to become a Nurse Specialist.

Valerie says that the Watermelon Thump is integral to Luling’s heritage because, “it’s the time of year where a full weekend is dedicated to Luling. Where the community and surrounding areas celebrate the town of Luling.”

Valerie thinks that she is a good candidate to represent the community and that’s why she decided to run for Watermelon Thump Queen.

“I am a section leader in the High School Band. I’ve been playing Varsity basketball since my Sophomore year and know what it takes to be a leader.” 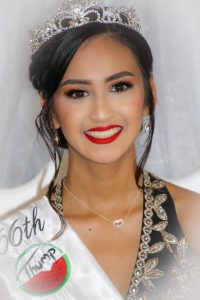 Princess: Amanda Avalos is the daughter of Celia Avalos and Matthew Peck. She is a senior at Luling High School and is sponsored by the Luling Kiwanis Club.

Amanda is involved a Varsity Cheerleader and involved in band, where she serves as the Drumline Section Leader.

She is also involved in the Suzi Hughson School of Dance, and has been since she was two years old.

She says that, “being part of Key Club and Skills USA has given me the opportunity to work with the community in many ways.”

She helped with Fish Camp at the high school, working the concession stand at the football games on Thursday nights, Trick or Treat on Eagle Street. Amanda also wrote Santa Letters to primary students and deliver them. She also was a member of the UIL Robotics team, where her team received the ‘Most Elegant Design’ award.

After high school, Amanda wishes to attend college to get a degree in psychology and get a job in the field of behavioral health.

She said that the Watermelon Thump is an integral part of Luling’s heritage, “because it has created a name for us. Every year it gains national attention, making it draw 30,000 visitors on Thump weekend.”

Amanda said, “I want to run for Watermelon Thump Queen for the experience. Going house to house and meeting new people is what I love about all of this.”

Amanda says she is very outgoing, and being comfortable talking to many different people is a quality she has that is inherent in leadership. 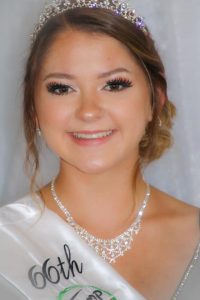 Duchess: Sydney Jack is the grandchild of Carol and Ken Prince  and she is sponsored by the Luling Lions Club.

Sydney is a Luling High School Varsity Cheerleader, and a part of the Varsity Volleyball team at LHS.

After graduation, she says, “my options are open, so I plan to attend a junior college and take classes to help me discover a career I’m passionate about.”

Sydney wishes to run for Watermelon Thump Queen because the experience will allow her to meet new people, learn about Luling, and earn scholarship money.

When asked about what qualities she possesses that are beneficial in  a role such as Watermelon Thump Queen, she said, “I am a kind and friendly candidate. I also like meeting    new people and I am good at working together with other. I am a hard working individual that is not afraid of responsibility and I have also overcame dyslexia to become successful in school.” 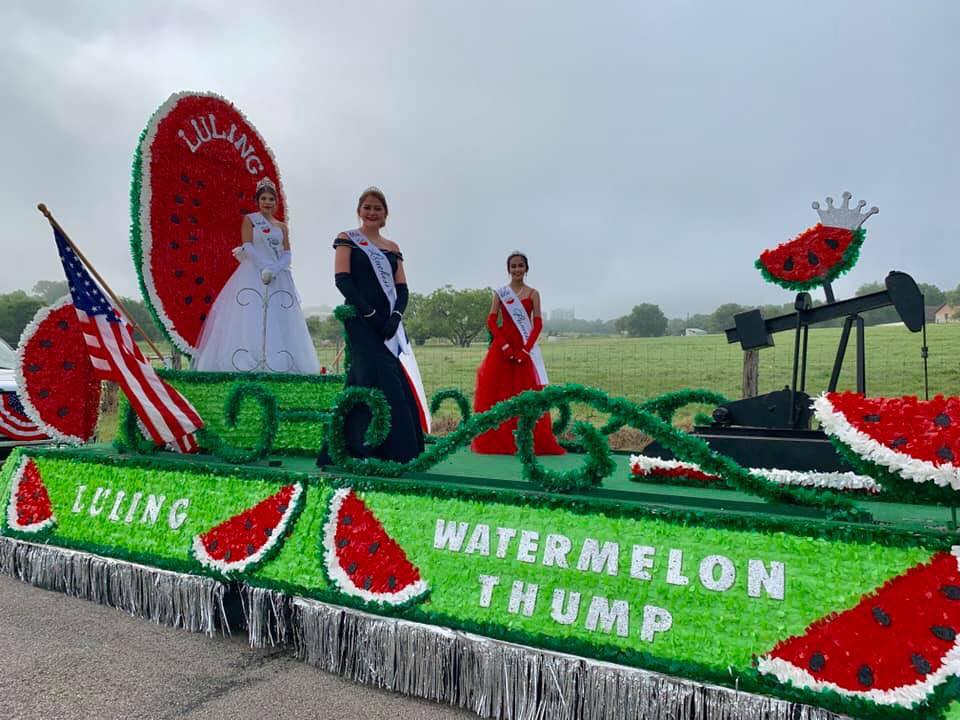